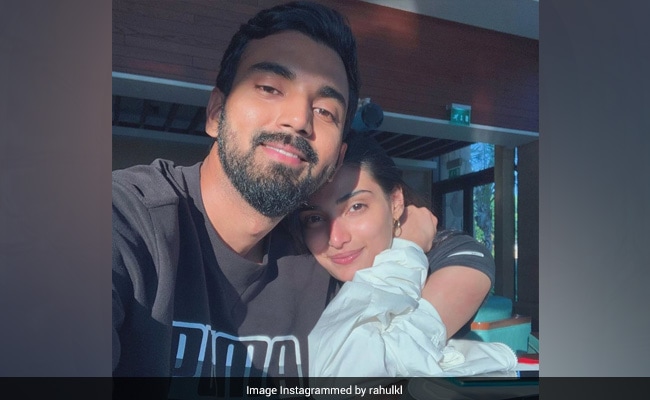 On Athiya Shetty’s birthday, her rumoured boyfriend, cricketer KL Rahul, wished her in a really adorable way on social media. Athiya turned 28 on Thursday. Making her day extra special, KL Rahul posted a cute photograph of themselves and needless to say, stole the show on the Internet. In the picture, Athiya can be seen resting her head on the cricketer’s shoulder as he clicks a selfie. Their expressions say it all in the photo. Calling the actress a “mad child,” KL Rahul wished her like this: “Happy birthday, mad child.” His post was, within minutes, flooded with comments comprising heart icons.

We too love this photo, KL Rahul.

Athiya Shetty and KL Rahul, who have reportedly been dating for quite some time now, often trend on social media for their adorable posts featuring each other, as well as leaving cute comments on each other’s posts.

On KL Rahul’s birthday earlier this year, Athiya shared a happy photo of themselves and wrote: “Happy birthday, my person.”

Reports of Athiya Shetty and KL Rahul’s rumoured relationship surfaced on the Internet after the cricketer shared an adorable birthday wish for the actress last year. Pictures from their Thailand vacation, where they rang in the New Year along with a couple of friends, including Akansha Ranjan Kapoor, Anushka Ranjan and her boyfriend Aditya Seal, also trended for days on social media.

Athiya Shetty is the daughter of actor Suniel Shetty and Mana Shetty. She made her Bollywood debut with 2015 film Hero. She has also featured in Mubarakan and was last seen in Motichoor Chaknachoor.

Actor Ashish Chowdhry, Who Lost His Sister And Brother-In-Law In 26/11 Attacks, Shares An Emotional Post