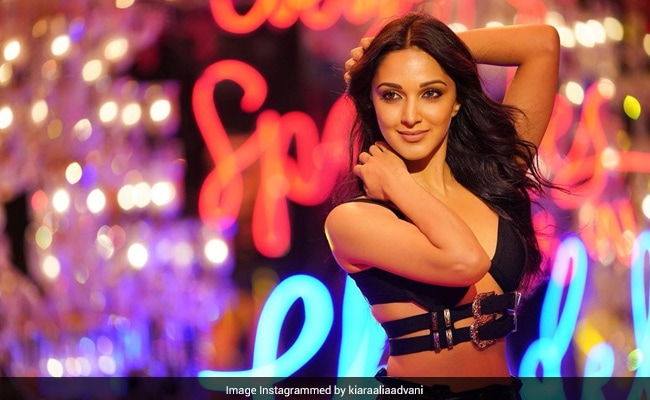 Kiara Advani recently made ROFL revelations in a video for Twinkle Khanna’s online venture Tweak India, taking her coolness quotient to another level altogether. During a multitasking video, Kiara was fired several quirky questions and she handled them with ease and spunk. Of all the answers Kiara came up with, the aInternet has picked a favourite one – it’s what she said when when asked to name three things she would pick over “great sex”. For Kiara Advani, pizza tops the list and there’s more. “Amazing pizza, shopping, a good movie” was her answer, in that order. Kiara Advani also revealed she had a near-death experience during one of her college trips, her “biggest weapon” is her eyes and what she would like to be written in her obituary in the Tweak India video. Kiara also named her parents as her biggest cheerleaders in the video.

Kiara Advani recently trended a great deal for her interaction with Akshay Kumar on an episode of The Kapil Sharma Show. Kiara is rumoured to be dating her Shershaah co-star Sidharth Malhotra and Akshay appeared to just confirm that on the show. “Bari ‘siddhanto’ wali ladki hai (She is a woman of principles),” Akshay said on the show. See what he did there?

Kiara Advani will soon be seen in Laxmii, which is releasing on Disney+Hotstar on November 9. Kiara co-stars with Akshay Kumar in Laxmii, with whom she also worked in Good Newwz. She was last seen in Guilty. Her list of upcoming films include Indoo Ki jawaani, Bhool Bhulaiyaa 2 and Shershaah.

Samantha Ruth Prabhu Went For A Swim And Came Back With...