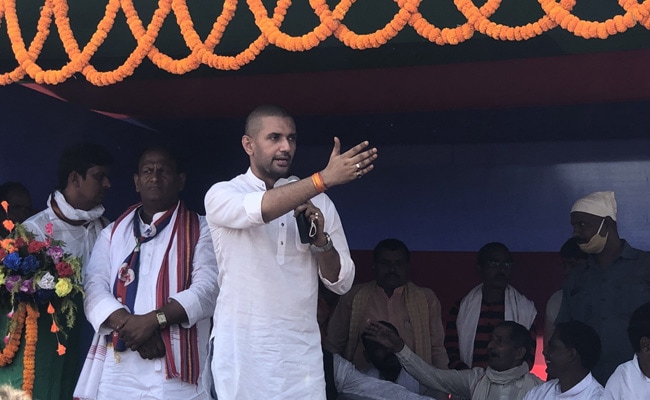 Nitish Kumar’s statement at a rally that the Bihar election is his last, clarified later by his aides, did not pass without biting comments from his opposition rival Tejashwi Yadav and his former ally turned chief critic Chirag Paswan.

“Today is the last day (of campaign for the final phase of the election). The day after, this election will end and this is my last election. Ant bhala to sab bhala (All’s well that ends well),” Nitish Kumar said while campaigning in Bihar’s Purnea for the state polls that end on Saturday.

Amid furious retirement buzz, sources close to the five-time chief minister clarified that he meant “last election meeting of this election”.

His critics are not having it.

RJD leader Tejashwi Yadav, the opposition’s chief ministerial candidate, remarked that he was right about Nitish Kumar all along.

“Nitish-ji refused to acknowledge the aspirations and expectations of the people of Bihar or even the ground reality. I have been saying since the beginning of this campaign that he is tired. Today, before the last phase of voting, he has accepted defeat and has confirmed what I had been saying by announcing his retirement from politics,” Tejashwi Yadav tweeted.

Lok Janshakti Party chief Chirag Paswan seized the Chief Minister’s remarks to appeal to people not to waste their votes on any candidate of the ruling Janata Dal United.

“Sahab says this is his last election. He refused to give an account for his last five years and has already declared that he has no intention of doing so next time. Don’t elect a person who will not come to you for blessings tomorrow. There will be no sahab or JDU in the next election. Who will you then question,” Mr Paswan tweeted.

After 15 years in power, Nitish Kumar, 69, is facing a tough re-election bid. Besides signs of anti-incumbency, the Chief Minister is up against multiple rivals, including Chirag Paswan, who was his ally until he declared a solo campaign with the sole agenda of ousting Nitish Kumar. Chirag Paswan has maintained throughout his campaign that he remains with Prime Minister Narendra Modi and the BJP and will work towards a coalition government without Nitish Kumar.

38 million jobs lost in E. Africa due to Covid pandemic:...