Hollywood actress Megan Fox has criticized ex-husband Brian Austin for posting a Halloween picture of their son on Instagram. Brian posted a picture of himself and their little son, Journey River, in their Halloween costumes with a caption, “Hope you all had a good Halloween!!”

However, this didn’t go well with the actress who accused him of feeding the masses a pervasive narrative that she is “an absent mother” in the comment section.

She dropped a long comment on Brian’s post which read, “Why does Journey have to be in this picture? It’s not hard to crop them out. Or choose photos that they aren’t in. I had a great Halloween with them yesterday, and yet notice how absent they are from my social media. I know you love your kids. But I don’t know why you can’t stop using them to posture via social media. You’re so intoxicated with feeding the pervasive narrative that I’m an absent mother, and you are the perennial, eternally dedicated dad of the year. You have them half of the time. Congratulations you truly are a remarkable human! Why do you need the internet to echo back to you what should be inexhaustibly evident in the way your children love you?” 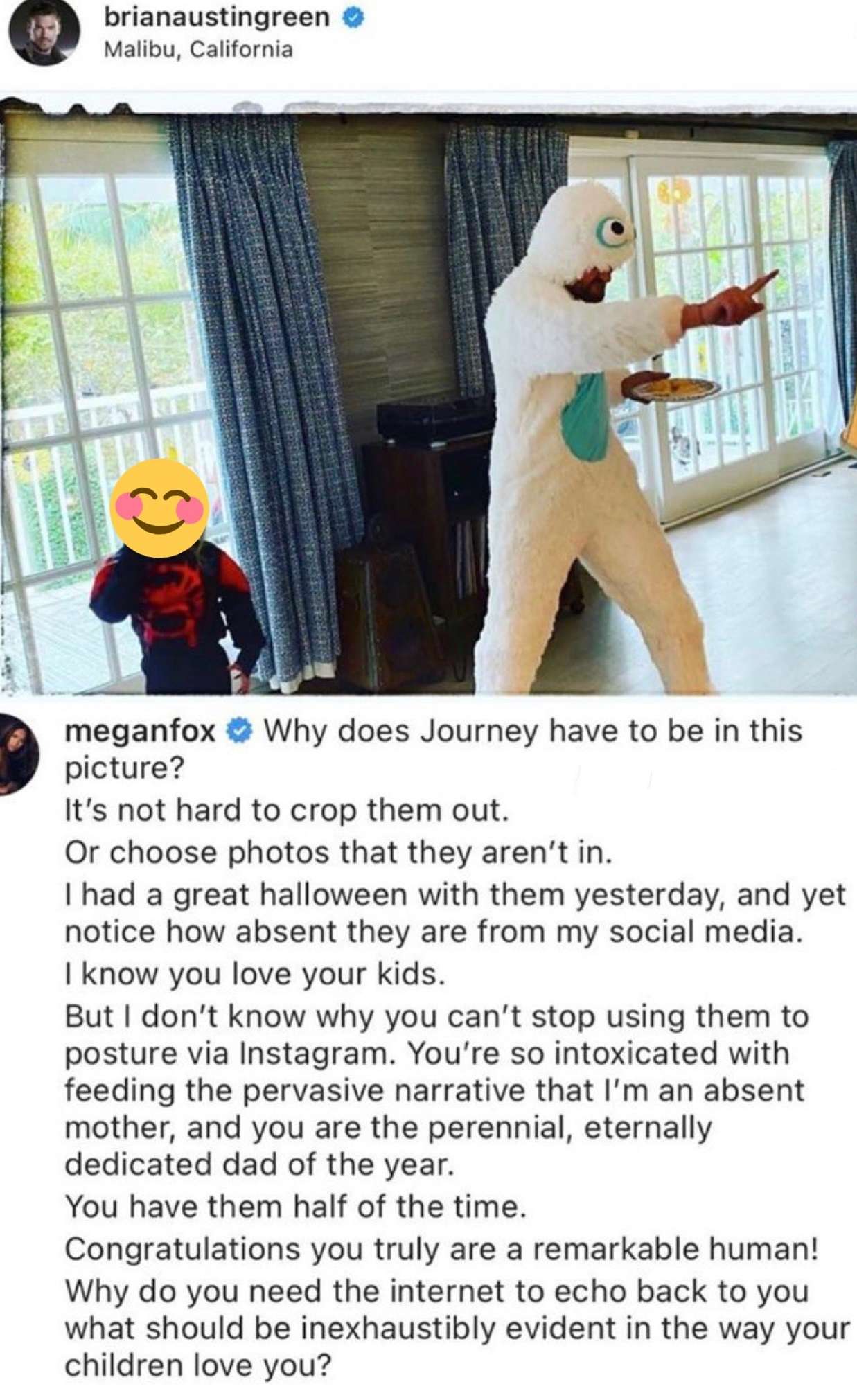 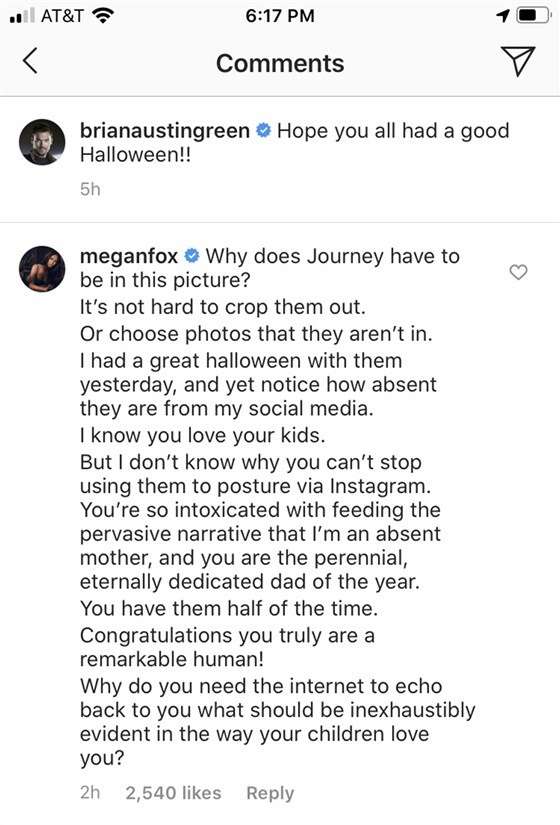 Later, Green deleted the post from his account and added a picture with a same caption sans his son.

Green and Megan parted ways in May. They share two other sons, Bodhi, 6, and Noah, 8 along with Journey River.

Exclusive: THIS actor will play Janhvi Kapoor’s father in the ‘Helen’ remake – Times of India